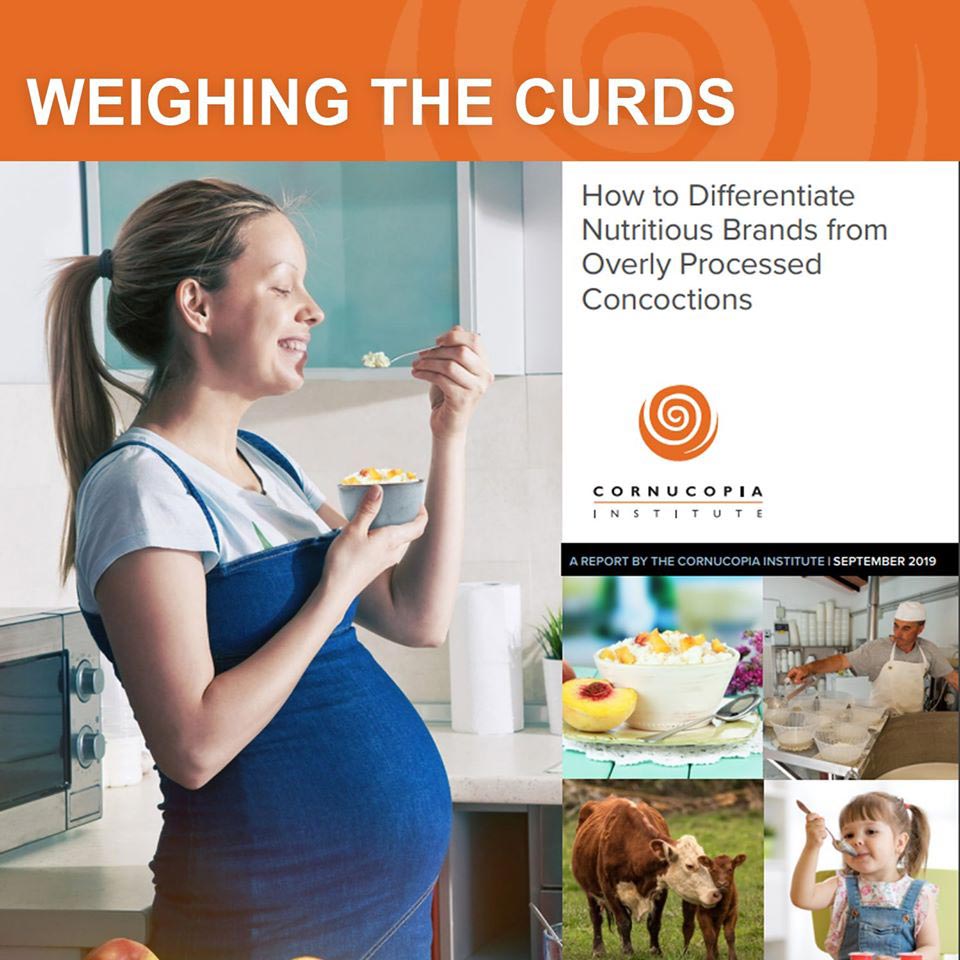 Advertising Promotes Them as a Health Food—But Are They? Cornucopia’s new report, “Pouring” Over Plant-Based Beverages, takes an in-depth look at what these beverages really offer consumers, how they are marketed, and how they compare to cow’s milk. Amid health concerns and dire climate crisis predictions, more consumers are buying plant-based beverages than ever before…. Read more » Cottage Cheese, the Dairy Delight Said to be Making a Comeback [This article was previously published in the spring issue of  The Cultivator, Cornucopia’s quarterly newsletter.] by Anne Ross, JD Director of International Policy at The Cornucopia Institute In the early 1970s, the average American ate five pounds of cottage cheese per year. Since then,… Read more »

Evaluating the Hot Market for Plant-Based Beverages [This article was previously published in the winter issue of  The Cultivator, Cornucopia’s quarterly newsletter.] by Anne Ross, JD Farm and Food Policy Analyst at The Cornucopia Institute Source: Adobe Stock Sales of non-dairy, plant-based beverages are burgeoning. In 2010, only one-fifth of U.S. households purchased or consumed plant-based… Read more »

Cornucopia’s Take: Cornucopia seeks to help eaters find research on what is healthy and what is not, and the task is harder than you might think. In the case of carrageenan, a thickener and emulsifier often used in processing plant-based beverages and other foods, we found a great deal of compelling evidence that carrageenan makes… Read more » Join The Cornucopia Institute as we keep you informed via live tweet and web updates from the National Organic Standards Board (NOSB) meeting in St. Paul, MN October 24-26. We will be sharing the play by play both below and with our Twitter followers, at #NOSB or by simply following our stream. For background on issues up… Read more »

Cornucopia’s Take: That’s a real public servant! Bring legitimate complaints about cheating in organics to the USDA, and the Secretary of the agency suggests that you are a crybaby-socialist and should move out of the country. – Mark A. Kastel Trump’s USDA Is Killing Rules That Organic Food Makers Want Bloomberg by Andrew Martin and Shruti… Read more »